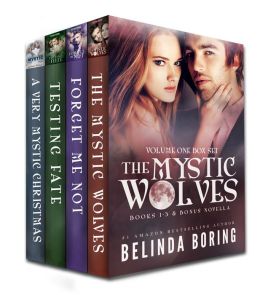 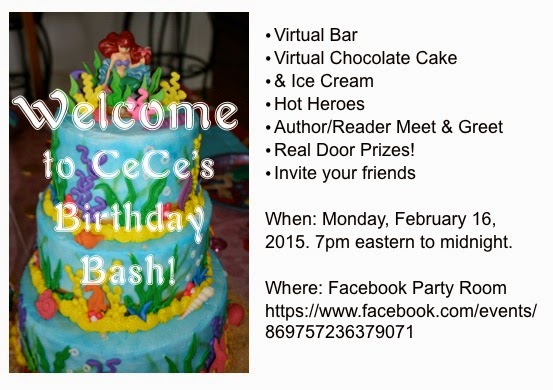 This year I decided to host my birthday party on Facebook. So mark your calendars for Monday, Feb. 16th, 7pm est and join me for fun and games, door prizes, and virtual wet bar! :D

Very excited to share that my friend R.G. Alexander has not one, but two stories out this weekend! Revised and extensively expanded for your pleasure (and given some seriously sexy covers)  Who Wants to Date a Superhero? and Who Needs Another Superhero?!

According to R.G., "It was truly a labor of love dusting off some of my first books and getting them back so I could make them twice as packed with super sexy times and adventure. I might also have a new hero in the works."  *G*

Get your copy today and spread the word  Gaia City Superheroes are back to save the day!

WHO WANTS TO DATE A SUPERHERO?

Gaia City. A place where technology is advanced, superheroes commonplace and the masses are addicted to Who Wants to Date a Superhero?, a reality show that lets women compete for the chance to win a date with one of Gaia’s Guardians.

Shy Cassie Tidwell never thought she’d be humiliating herself on live vid for the chance to have dinner with the mysterious Theta Wave, but she made a promise she would do anything to keep. Even if it means the man she’s secretly lusted after for months never wants to see her again.

Graham’s wanted Cassie from the moment he set eyes on her. He’d planned to go slow, but that plan fell apart the moment he discovered that the object of his obsession had mysteriously volunteered to be on the show. Now he’s willing to do whatever it takes to make her admit she’s his and discover her secrets.

Graham knows all about secrets. He has a few of his own.

WHO NEEDS ANOTHER SUPERHERO?

Return to Gaia City. Where there are way too many superheroes for Dayna’s peace of mind. Life as the unofficial mascot for Gaia’s Guardians hasn’t been easy for the roving reporter. So maybe she overcompensates. Takes risks she shouldn’t.  She needs to prove she can hang with the big boys. One in particular.

Stone Matthews has never regretted becoming a superhero. As Rock Hammer, he’s an invincible chick magnet who has yet to meet an obstacle he couldn’t smash or a woman he couldn’t charm. Except for his best friend’s little sister. Dayna used to be his biggest fan, but one mistake years ago changed their relationship forever. Her recklessness drives him crazy, her sharp tongue cuts deep, and her hot little body makes him want to lose control.

When she goes chasing yet another story that could be the death of her, Stone makes a decision. Since talking doesn’t work for them, he’ll use another form of communication to show her how perfect they would be together.

Rock will be too hard for her to resist.

She is a founding member of The Smutketeers, an author formed group blog dedicated to promoting fantastic writers, readers and a positive view of female sexuality.

She has lived all over the United States, studied archaeology and mythology, been a nurse, a vocalist, and now a writer who dreams of vampires, witches and airship battles. RG feels lucky every day that she gets to share her stories with her readers, and she loves talking to them on twitter and FB. She is happily married to a man known affectionately as The Cookie—her best friend, research assistant, and the love of her life. Together they battle to tame the wild Rouxgaroux that has taken over their home.

Posted by Cassandra at 10:20 AM No comments:

Genre: Romantic Comedy
Only .99¢ with half of the proceeds going to Aids Reach Out Worldwide https://www.facebook.com/reachoutworldwide


"Laugh out loud funny." – Cass Curtis, author of When Eva Gets Even, Shimmer, and The Shifting Tides trilogy.

Sabrina Thompson, editor of Skin Deep Magazine's successful Natural Beauty Secrets column, is handed the challenge of her life. Take over the Love and Sex column or lose her job.

What does a twenty-four year old virgin know about love or sex when she's never been on a third date?

To complicate matters, there's a new guy at the helm. Her only crush's clone is issuing orders. While his pompous and ambitious twin dries out, playboy and ne'er-do-well Trent Wellington must assume his identity and save his family's flailing magazine. The bright spot amid staff cuts and content restructuring is the plucky editor he once made a fool of himself in front of at a family gathering. Fooling everyone isn't easy, especially when Sabrina inspires his true self to be more than he ever has.

Years of hearing she's too nice to date have left Sabrina's frustration simmering. It boils over when she discovers Trent's deceit and she vows to make him pay. Getting even has never been so much fun.

Posted by Cassandra at 1:38 PM No comments:

It's a cold and dreary morning here and I'm so wishing I could get swept away and sail off into the sunset with a passionate romance. Maybe you're like me and wishing you could escape the cold and overcast day. Sounds like the perfect time to start something new and wonderful, right? Check out this fab story from my friend Jen Haymore! 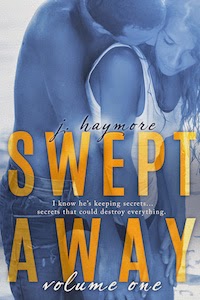 I'm a prisoner here. But even if I could escape...would I be strong enough to leave?

Ethan Williams radiated confidence. His darkly handsome good looks and ocean-blue eyes mesmerized me. But it was the way he looked at me that drew me in. He wasn't looking at my past or at my scars, but the real me behind all that baggage I was trying so hard to leave behind.

But Ethan had secrets--dark, ugly secrets. I was trapped in the middle of the ocean in a dangerous tangle. The problem was, I was happy to be trapped forever...if it meant I could have him.

Warning: Swept Away is a 4-part serial romantic suspense. Parts 1-3 end with cliffhangers, and part 4 completes the series. This story is messy and twisted and very, very sexy. It is not for people under 18.


(Please note that the book isn't free at Amazon at the moment, but with your help it could be soon! Tell Amazon that Swept Away is free at B&N and give them the link below so they can go there and see for themselves. Thx.)

Posted by Cassandra at 1:16 PM No comments: