The winner of my birthday party contest is...

Congratulations, Sarah!
Bear picked your name out of the magical birthday hat as my winner.

Check your messages for more on how to collect your prize!

Thanks to everyone for dropping by and wishing me a happy birthday!

Hi ya'll. Celebrating another year and hoping ya'll will bring the margaritas. lol I'll be checking in a bit later, but wanted to let you know about my birthday contest.

Leave a comment on this or another of my birthday posts today and you're automatically entered for a chance to win a $20 Amazon gift card! Friends will be dropping by to offer up free ebooks for readers and fans, plus other neat stuff, so scroll around and find all the birthday posts for today.

All contests* end today at midnight, so enter now and enter often!

*Must be 18+ to enter. The odds of winning depend upon the number of participants. Contest void where prohibited by law. It is the participant’s responsibility to check the blog to see if their name is announced as a winner, and contact Cassandra Curtis.com in order to claim the prize. Prizes must be claimed within 30 days of contest winning announcement. If not claimed within 30 days, the prize will either be added to another contest, or a second chance drawing at my discretion. Not responsible for lost/stolen mail.
Posted by Cassandra at 2:19 PM 6 comments: Links to this post

Hey ya'll! Welcome to my birthday party! My friends and I will be posting more later today, so check back and see what new fun we've got going.

Friend and author Christa Maurice is here now to share a little music with everyone and a free ebook! Read more to find out how you can get her book VICTIM OF LOVE for free today! 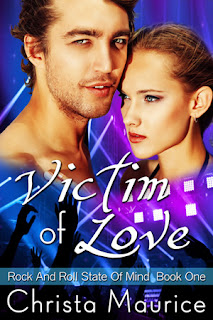 Everybody’s life has a sound track. (Doesn’t it? Tell me it’s not just me.)

I have this amazing ability to get lost. Seriously, wildly, awkwardly lost. When I went to Venice, I didn’t stay in Venice (my first mistake) I stayed in a town called Mestre, just a short bus ride from Venice.

Should you ever plan to go to Venice, I suggest three things. One, stay in Venice. Two, condition for the trip because you will be doing a lot of walking and a lot of stairs. Three, waterproof shoes.

At the end of the day I went to catch my bus. Which bus was it? Bus two in space six! I hopped on the bus and rode back toward Mestre. Except nothing looked at all familiar. The longer I was on the bus, the less familiar the scenery got. I asked people on the bus, showing them the post card the hotel had given me with the address and a map of the neighborhood, but I was in an Italian city and the only language I speak fluently is English. The other riders were able to communicate that I was on the wrong bus and nowhere near where I needed to be. The bus driver had enough English to tell me which bus to catch after he left me off. When I got on the second bus, the driver had even less English, but he looked at my map and pointed to a spot on the floor right next to him. Then, when we got to the stop nearest my hotel on his route, he used hand gestures and the map to explain to me how to make my way back to my hotel. I was never so happy to see a hotel in my life.

And what song do you supposed was running through my head that long day as I walked around Venice and Mestre on my numb, wet feet wearing jeans that were still wet and stiff to the knees with sea water? The Proclaimers, “I Could Walk 500 Miles” because, what else would be stuck in my head? (Want to sing along? Check it out: https://www.youtube.com/watch?v=84CPo4bVkMk)

What song is the story of your life?

Want to read the first book in the Rock And Roll State Of Mind series, VICTIM OF LOVE, for free? Sign up for my newsletter at http://eepurl.com/4VZuD and receive a free copy of VICTIM OF LOVE.

Posted by Cassandra at 2:25 AM 7 comments: Links to this post 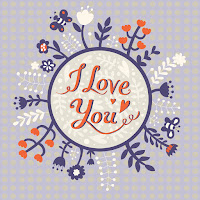 Feeling very blessed this Valentine's Day, because the one man I love more than life is still alive. He's a grumbly, grouchy bear, but he's my Bear and I almost lost him. It's still difficult to believe, I meant the year just started, and already 2016 is shaping up as a very scary time. The last few weeks have been such a blur, I can't even recall when it happened, but it was one of the last handful of days this recent January. I was happily munching on a cheeseburger and doing edits on one of my stories, when I heard a loud thump coming from the short hallway that connects the kitchen and living room.

I poked my head out of my room and looked down the hallway, only to see Bear on the floor, slumped to one side and unable to get up. It was the beginning of a nightmare, but at the time I thought he'd maybe slipped or tripped and fallen. So I went to him and tried to help him up.

After much convincing, I finally got him to go to the Immediate Care Center, where they determined his blood pressure was dangerously high and they said he needed to go to the E.R. We were both very shaken at the news and went to the hospital. Some ten hours later, after numerous tests, we had a diagnosis—Bear had a stroke.  He was admitted for observation and more tests.

I pretty much lived up at the hospital the entire week, going home only once for a change of clothes and to check snail mail, then drove right back. I kept watch, listened to the doctors and nurses, slept beside Bear (in one of the most uncomfortable chairs imaginable), and saw every painful movement he made as he tried to regain what was lost in a blink of an eye. It hurt to see my strong, proud man struggle to stand, to walk, to hold a cup, or sign his name.

When they finally released him, I got him home, put him to bed, and once I knew he was asleep, I went into my writing room and sat here feeling the rush of all that had happened hit me in the chest and I sobbed.

I've spent the last week and a half changing his diet, (super low sodium, few carbs, limiting fats, and no sugar added foods) and taking him to doctor appointments.

I know we are looking down a long road, he still has to have a heart cath (they found he had an enlarged heart with limited capacity during one of his tests), and there may be other problems to face, but we'll face them together.

So I don't need chocolates, a heart shaped card, or a fancy dinner out to celebrate today.

All I need and want for St. Valentine's Day is right here in front of me. My very own teddy bear of a man. Fates willing, I will get to keep him for a long, long time.

Hug your man tight and show him how special he is to you. Because we are not guaranteed anything in this life, and when the fates are kind, wipe your tears away and embrace love.

Posted by Cassandra at 2:12 PM No comments: Links to this post