I admit it. I'm not into the whole Super Bowl thing. I'd rather go out to a movie or curl up with a book. But some of my friends are crazy when it comes to Super Bowl, even if their team isn't one of the teams playing.

And when it comes to romance books, these same friends have a passion for the game—and hot gridiron heroes. ;)

If your passions run to sexy heroes on or off the playing field, check out the Santa Fe Bobcats series by Jeanette Murray for a touchdown!

One Night with a Quarterback (Santa Fe Bobcats #1)
Jeanette Murray

She’s daddy’s little girl…or she would have been, had he known she existed. Cassie Wainwright thought her father—head coach of the Santa Fe Bobcats—ignored her purposefully. Come to find out, he had no clue she’d ever been born.

Now Cassie is determined to meet the man who’s always been missing from her life. Her mother warns her, being the long-lost daughter of a well-known NFL coach won’t be easy, but Cassie’s determined to stick it out. And before her life turns upside down, she wants one more night of fun.

Starting quarterback for the Santa Fe Bobcats, Trey Owens is tired of being in the limelight. Lucky for him, the beautiful brunette he meets at the club isn’t a local. She has no idea who he is…and she’s down to party.

Loving Him Off the Field (Santa Fe Bobcats #2)
Jeanette Murray

Sometimes the best defense is a good offense…

Aileen is a sports reporter trying to make a name for herself without relying on her looks, and what better way to do that than to break a scandal about one of the fastest rising stars on the Santa Fe Bobcats? Killian seems too good to be true, so she knows he must be hiding something… .

It’s hard enough breaking into the NFL—even more so when you’re a single dad. Killian isn’t proud that he’s keeping his son a secret, but his ex has a reputation that could tarnish his squeaky clean image for good. So when Aileen starts sniffing around, Killian decides to distract her by any means necessary.

Posted by Cassandra at 9:30 AM No comments: 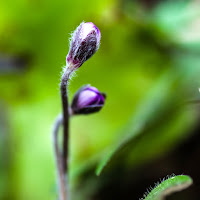 The winds are howling outside and even though it's barely snowing, I'm already sick of winter. I want the promise of spring, of fresh buds on the trees, and rabbits cavorting on my back lawn. The allergies that come with the change in season aren't welcome, but it's a small price to pay for the renewal of life, of all things green and growing, and filled with joy and wonder.

But some things cannot be rushed and I suppose we shouldn't try...and yet I've already started the countdown. 69 Days Until Spring. ::burrows deeper into
writing rabbit hole::
Posted by Cassandra at 4:39 PM No comments: