The winner of my eclectic reader contest is ...
*drumroll please*
MARY!
Congratulations, Mary!
Please email with your info to cass @ cassandra curtis. com (no spaces)
Thanks to all who entered! :-)
I'm having another contest later this summer,
so check back and watch the blog for updates.
Posted by Cassandra at 12:05 AM 2 comments: 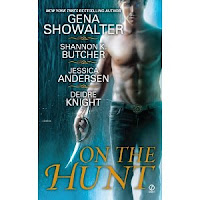 I'm clearing off my shelves and offering up a neat giveaway package for my readers.

I've stuffed a goody bag with bookmarks, and the paperbacks: On the Hunt anthology by (Gena Showalter, Shannon K. Butcher, Jessica Andersen, and Deidre Knight), Dying For Chocolate by Diane Mott Davidson, Star Raiders by Elysa Hendricks, Dogs and Goddesses anthology (Jennifer Crusie, Anne Stuart, and Lani Diane Rich), Tall Tales and Wedding Veils by Jane Graves, and Hope's Folly by Linnea Sinclair. So six books in all, each very different in genre, style, and voice. Perfect for the eclectic reader.

To enter, you must answer two questions and then leave a comment here on my blog with your answers. The answers can be found on my Facebook author page, in the notes section for my Flash Fiction Fridays. In the case of a tie, entrants with the correct answers will have their names placed in a hat and one name will be drawn out.

Question #1. What was the name of the shapeshifting cat in my flash fiction story, Stray?

Question #2. Who saved my fictional self from a sex-fiend in my flash fiction story, First Impressions?

Contest ends midnight, May 26, 2011 and the winner will be announced on May 27th here on my blog.

A Worthy Cause and A Fabulous Contest!

All author proceeds from the sale of her story  SHIBUYA MOMENT will be donated to the Red Cross and ShelterBox for the relief effort in Japan.

On top of that, she pulled together a group of her friends and is sharing the love by having a fabulous contest for readers! The giveway is valued at over $500.00!

Thanks to the help of her friends and SPONSORS, they are going to include a brand new Kindle 3G and an Amazon gift card to add to the already fantastic giveaway!

GO to the link below and find out how to enter her amazing contest and help spread the ebook love.
http://jaxcassidy.com/shibuya-giveaway/
Posted by Cassandra at 11:53 AM No comments: 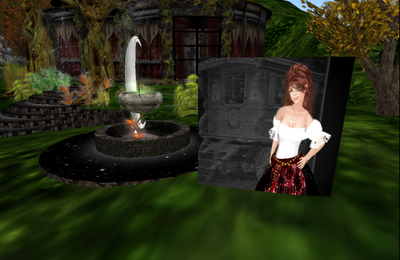 I've always been interested in dreams and what they mean. I've taken workshops on the subject and read numerous books in an attempt to discover if my dreams have any significance or if I simply shouldn't eat eggs and chips after midnight. lol.

I love to hear about other people's dreams and help them figure out what their subconscious mind is trying to communicate.

Dreams are also the perfect vehicle to let our imaginations take flight. Many authors use parts of their dreams to color the imaginary world of their books, to add and enrich the art of storytelling and storycraft.

Do you dream in color? Are your dreams more like still frame snapshots? Or full-blown movies with an orchestra? Or maybe your dreams warn you of coming events? Do you remember your dreams at all? Or are they more like faint visions that disappear like mist?

If you have an account in Second Life and would like to attend my workshop and learn more about your dream time, please mark your calendar, because this Thursday, I will be in SL at Fig, Haunted Fruit Island, talking about dreams and what they mean. :-)

Hope to see you there!
Posted by Cassandra at 7:36 PM 6 comments:

Luck Is Where You Find It


I imagine most of you reading this know what today is, right? An unlucky number on an unlucky day, the combination of which causes the more superstitious to stay home and bolt the doors.

For many people though, it is a time to beware of walking under ladders, crossing the path of black cats, or handling any mirrors. But how did the concept of luck, of superstitions, Fridays and the number thirteen, ever get started in the first place?

Paraskavedekatriaphobia is the psychological term for those individuals afraid of Friday the 13th. Fear of the number thirteen has been around for ages and although we aren’t one-hundred percent sure where it started, many believe it stems from the story of the of the Last Supper, where thirteen sat down to eat, and one of their number, Judas, betrayed Jesus.

Others insist the unlucky association dates back to Friday, October 13, 1307, the day that many Knights Templar were simultaneously arrested in France, and then executed.

But I’ve found that much of luck depends on who you ask and what their culture or religion believes. While most people in England, Germany, Portugal believe Friday the thirteenth is unlucky, it is Tuesday the thirteenth that is bad luck for those in Spain and Greece.
However, Buddhists believe the day is a lucky one, as did the ancient Aztecs and Egyptians.

Personally, I think it all has to do with math.

Yes, I know for most of us, math is inherently evil anyway, but let’s think for a second. Thirteen is a prime number, and very different from all the other numbers before it. That was probably very scary to the slide-rule challenged cavemen who first discovered the uniqueness of the number thirteen.

I believe we make our own luck. Serendipity is there for the taking, and whether what we experience is good or bad is more than a toss of a coin. Sometimes all we need is to focus on is what we want.

So how do you make good luck?

Expect to get as good as you give and allow yourself to be lucky. That’s right. Know it and it will be. Simple, huh?

Now, I’m not saying for you to act like a Pollyanna and recite affirmations while your car is being towed. ::grins::

A positive attitude is only going to take you half-way. You must use your innate senses, your inner ESP, your knowledge, and careful attention, to take you the rest of the way.

Clear the way for the magic to happen. Watch for potentials—be observant—and expect to be lucky.

Thirteen is nothing to fear.
Posted by Cassandra at 12:13 AM No comments:

To all the moms out there, enjoy your special day. Being a mom is a 24/7 lifelong job with little pay and lots of headaches and heartaches along the way, but also filled with a lifetime of love and special moments you'll cherish forever.

To all those kids out there, whether you're 18 or 25 or 64—appreciate and show your mom all the love you hold for her now, while she is still with you. Let her know by doing little, special things for her, to show her how much you care, but also never forget the hugs. And for goodness sakes, never miss an opportunity to tell her how much she means to you!

To those who are still mourning the loss of their mom, Mother's Day is yet another sad milestone you must endure. But rest easy knowing that a mother's love never truly dies...and so too is your love for her. Some things are eternal and that love outshines the stars, and illuminates all the shadows. Celebrate her life, knowing she is smiling upon you. ((hugs))

My mum, Sylvia. It's been six months to the day and I am still sorting through things. Please forgive the mess.

Now that you're with Dad, I hope you are finally getting him to dance with you. :-)

I miss you both so very much. But if there are crap tables or race tracks in heaven, I know where to find you. :-D

Happy Mother's Day.
Posted by Cassandra at 7:54 AM 2 comments:

Like two ill-aligned stars, Shyanne Kedar and Greyson Dane were destined to collide. She was a smuggler’s daughter, and he, an interstellar lawman. Their affair was scorching, dazzling, and ended like a supernova, in a blaze of betrayal.
Ten years later, the flames haven’t cooled. Shyanne’s lush body, the twist of her lips and the fire in her eyes all radiate the same magnetism that ensnared Greyson before, and now he’s truly her prisoner. But as much as things have changed, they remain exactly the same. Danger threatens. Humanity’s fate hangs in the balance. And though his tempting captor doesn’t know it, if Greyson’s plan succeeds, it will save mankind and lose him the only woman he ever loved.
Posted by Cassandra at 2:15 PM No comments:

Email ThisBlogThis!Share to TwitterShare to FacebookShare to Pinterest
Labels: 34/60 challenge

Books For Our Men and Women Overseas

If you'd like to help out our men and women overseas in the military by donating books, the seven links below are a good place to start. Links courtesy Galley Cat.

1. E-Books for Troops will help you share your used Kindle with our troops overseas.
2. Operation Warrior Library connects writers with military personnel.
3. Books for Soldiers mails books to troops.
4. Operation Paperback sends paperbacks overseas.
5. Books-a-Million will let you select and purchase Books for Troops in a special program.
6. Operation eBook Drop focuses on eBooks.
7. Follow this Google search to find many more options for sharing books with soldiers.
Posted by Cassandra at 7:40 AM No comments: 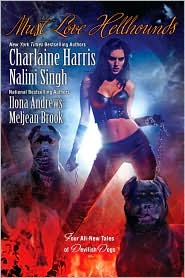 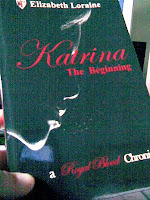 The winner of my first 34/60 Challenge Contest and the books Katrina: The Beginning and the paperback anthology, Must Love Hellhounds is...

Angel G.
Congratulations, Angel.
Since you provided your email addy, please look for my notification email in your inbox
and please reply with your mailing info. :-)
Thank you to everyone who entered.
I plan to have another 34/60 Challenge giveaway later this month, so watch and enter to win!
Posted by Cassandra at 12:11 AM 1 comment: