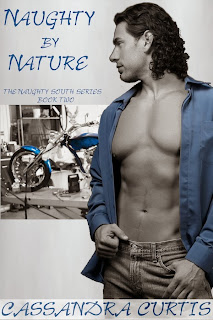 Can a shy, mild mannered man change into an alpha hottie in time to seduce the woman he adores?

Pam Purcell never dreamed she’d be the one from her high school yearbook, divorced and still childless at thirty-seven. With her 20 year class reunion and yet another birthday on the way, her biological clock is screaming to wake up and get busy. There’s just one problem…the lack of eligible men in town.

Tim Riley has had a crush on Pam since the day he saw her kicking the flat tire on her car and stopped to help. He’s been a loyal customer at Pam’s beauty salon ever since, trying to work up his courage to ask her out. With Pam’s sister Stacie helping coach Tim, he develops a surefire plan to seduce and woo the former homecoming queen.  But will he be able to reawaken Pam’s once naughty nature when she only sees him as one of her customers?

Sparkle: A Tale of The Shimryn


Sparkle: A Tale of The Shimryn by Cassandra Curtis
Sequel to the best-selling short story, Shimmer.
Book one in Ms. Curtis' Tales of The Shimryn series


Summer fling or forever after?

That's what Dixie Ames needs to discover and it doesn't help that every time she tries to get physical with her new boyfriend Rey, something happens to foil her plans.

Rey is just as frustrated by the seemingly innocuous interruptions that occur every time he tries to get Dixie alone. But when a chance encounter with an old rival reveals a secret from the past, Rey knows it could ruin more than their budding romance, it holds the power to expose his people and their hidden world.

Food critic Melinda Warbottom is constantly on a diet, not that it ever seems to help her waistline. With her younger sister’s wedding only a few months away, she knows it will take more than willpower to fit into her bridesmaid dress. Her best friend suggests they try a weight loss spa with miracle results more than 2,000 miles away.

Mel jokes about making it a road trip, never expecting her bestie to take her seriously. Eating their way across America, Melinda chronicles the journey in her syndicated foodie column, along with ratings and weigh in.

When the women reach their destination, they discover the spa is part weight loss boot camp, part indulgent luxury, with two very distinct sets of rules for each section’s guests.

Chef Steven caters to all of the spa’s patrons, but when he sees a beautiful, curvaceous woman eyeing his sopaipilla, he doesn’t suspect she’s a guest from the weight loss camp, or that the fried treat he offers is a temptation she can’t resist.

Mel suspects both Steven and his honey filled delicacy are addictive taboos, but one little bite couldn’t hurt…right?


Check back for updates on covers and release dates...