This month's Friday Finds celebrates suspense thrillers and murder mysteries. Grab 'um while they're on sale and tell your friends. 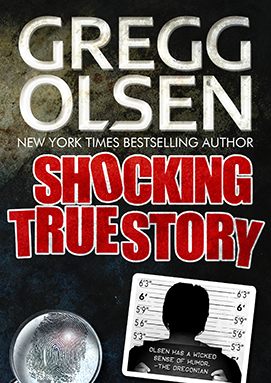 
Kevin Ryan is a writer in the much-maligned genre of true crime who desperately needs a devious, over-the-top story for the subject of his next book. How else can he keep his wife Valerie’s roots dyed and keep himself from handing out taco samples at the local supermarket?

When Kevin isn’t Googling himself or spot checking his books’ stock at stores around the country or online, he’s bringing the hazards (ie, criminals and other crazies) of his job home to wife Val and twin daughters Taylor and Hayley. Kevin is on the hunt for the big one, the story that could break him out of the mid-list and onto the bestseller lists. And then there’s a knock at the door--a story finds him…

A distraught 20-year old Jett Carter shows up at the Ryan house because her mother and sister are imprisoned—perhaps if Kevin writes their story and reveals the truth, he might help exonerate them. The Carters’ tale is the perfect white-trash-attempted-murder-love-triangle that Kevin’s editor will love and his fans will devour. He begins to write “Love You to Death.” Then on a beautiful summer day, the wheels of homicide are set in motion and Kevin’s own story begins to eclipse the crime he is chronicling. When his #1 fan is murdered and another body turns up, the Ryans’ life in Port Gamble and all that Kevin holds dear is in jeopardy. Somewhere in “Love You to Death” and within the “bunch of low rent losers” he’s interviewing is the killer.

Note: This is not a YA novel, but it is prequel to the award-winning Empty Coffin Series (Envy & Betrayal).

My second pick for today's Friday Find is
Gingerbread Man by Maggie Shayne!

Since the day her baby sister was taken, Holly’s mind hasn’t been the same. PTSD, panic attacks, nightmares and blocked memories have plagued her ever since. And now they’ve returned.

Hard-edged Detective Vince O’Malley’s most recent case penetrated even his protective shell. Ordered to take time off to recover, he can’t let go, and on his own, follows the clues to Holly’s small upstate NY town.

His presence stirs ghosts from the past, shadows of a little girl lost, the suspicions of some tight-lipped locals with secrets to hide, and more than that inside Holly’s fragile mind and untouched heart.

Available online at the following retailers:
Amazon
Barnes and Noble

Stopping by to see what's good...

Hi Brit! So good to see you around! I'm halfway through Gingerbread Man and it's really incredible. Of course, though, I like Maggie Shayne's books. :)
Take care of yourself, and drop in anytime. ((hugs))