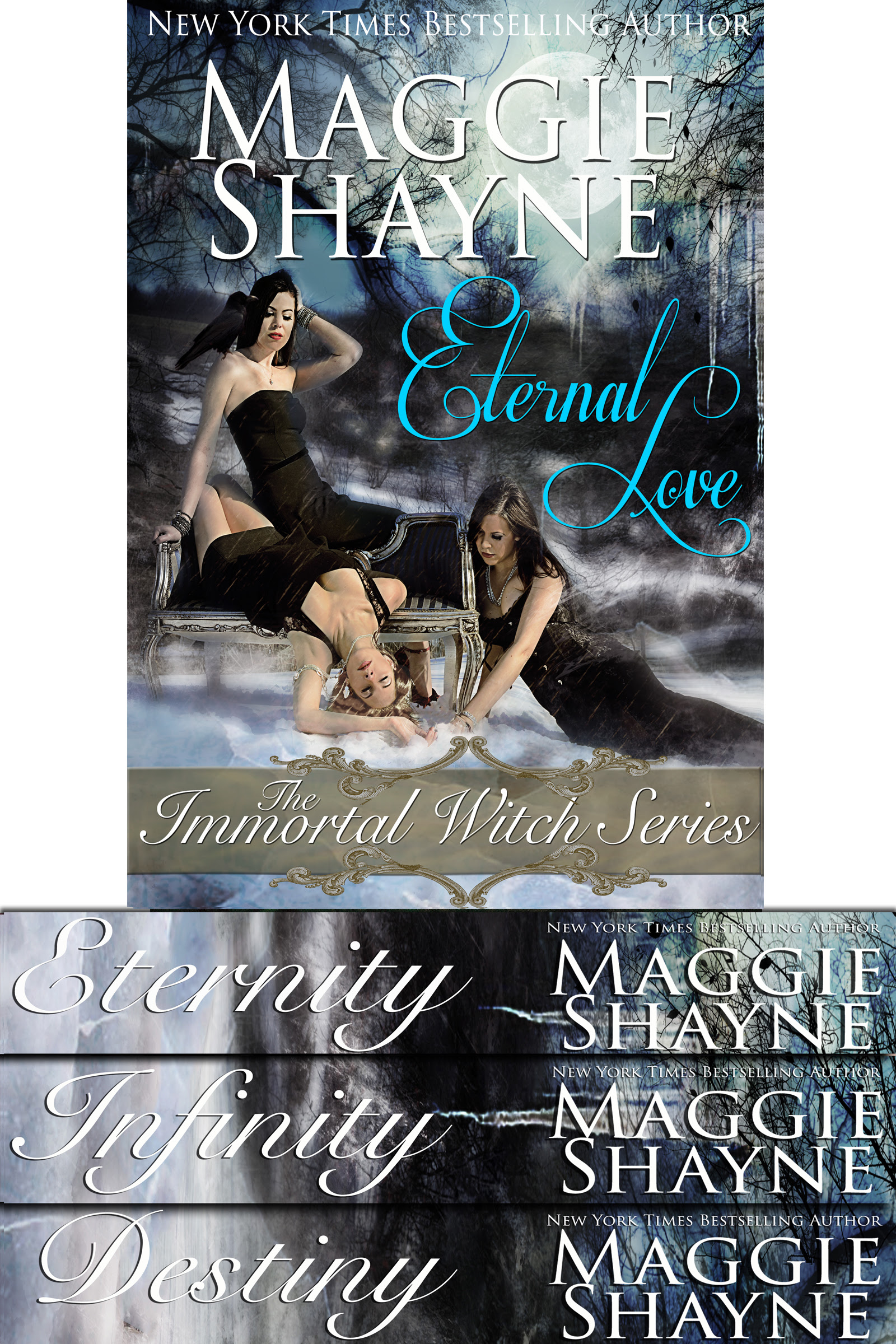 This amazing boxed set by Maggie Shayne features my own paranormal favorites—witches!

For the first time, all three books of Maggie Shayne’s Award winning IMMORTAL HIGH WITCH trilogy are together in a single volume.

Raven is a witch from the 1690s who flees the hangman’s noose in England to find a haven in Massachusetts Bay where the witch hysteria is about to tear her and her lover apart.

Arianna’s beginnings were in the Scottish Highlands where her sister died to save her, and an immortal warrior loved her beyond reason and life itself.

Nidaba was a high priestess in the Temple of Inanna in ancient Sumer, until the king fell for her, and his queen hunted her down.

In the present day, these three women find each other and their lovers once more, but the dark ones who hunted them for their powerful hearts, hunt them still.

Both historical and contemporary, both paranormal and spiritual, this epic series is like none you’ve read before, or ever will.

“A hauntingly beautiful story of a love that endures through time itself.” –New York Times Bestselling Author, Kay Hooper.


On sale now for only .99 cents, you can't charm a better price! So hop on your broom and fly over to Amazon, B&N, or Smashwords and grab your copy today before the sale ends.

Genre: Paranormal Romance
Only .99¢ for a limited time only!

Get bitten by the SOUTHERN SHIFTERS in New York Times Bestselling Author Eliza Gayle's steamy paranormal romance series! Full of feisty women and the alpha men who fall in love with them!

If you think you've lost everything. Think again.

Kitty lost her father, her home and her clan. Clinging to what's left of her pride, she's forced into the neutral zone, the supposed safe haven for half-breeds and outcasts. An attack forces her to the wrong side of the treaty line and into an even more dangerous situation. Determined to greet death with the last of her dignity, she is suddenly rescued by a tall, gorgeous...wolf???

As the next alpha leader of his pack, Rafe Comyn has more than enough to handle with pack politics and precarious treaties. The last thing he needs is a pissed off feline landing in his lap, especially when her scent triggers his overwhelming drive to mate. While the daughter of a former rival is quite a conquest, she's both forbidden and dangerous.

But as the heat of desire threatens to consume them, their differences escalate and Rafe must keep his own pack from killing the one woman he can't live without. 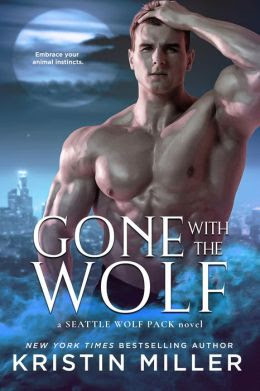 Gone With The Wolf
Kristin Miller

Genre: Paranormal Romance
Only .99¢ for a limited time!

CEO and alpha werewolf Drake Wilder has given up the search for his one true love. When he discovers that she’s a secretary in his company, Drake’s primal instincts kick into overdrive.

Free-spirited bartender Emelia Hudson wants nothing more than to make her Seattle-based bar succeed. But when profits decline, she slips into a dress suit and secures a nine-to-five. After learning that her bar has become property of Wilder Financial, Emelia is determined to get some answers.
Two can play the ruthless business game. If only her attraction to the boss wasn’t so intense…

When Drake’s twin brother senses that Drake has found his match—and now inherits their father’s billion dollar estate—he hatches a plan to take Emelia out. Drake vows to protect her at all costs, but he might have to pay with his own life.