Friday Finds: Romance in Every Flavor

Whether fun and sassy, fantasy and paranormal, historical, contemporary, or thriller—romance is a many flavored and delicious thing. Enjoy this week's selections and remember — if you love one of the recommended reads, come back and let me know, and share the love by posting a review on Amazon or B&N. Authors love the feedback! :) 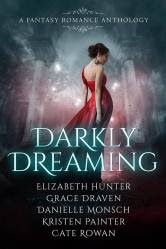 Fall into magic and fall in love with DARKLY DREAMING, an anthology from five award-winning and bestselling writers in fantasy romance.

Feared by a priesthood. Coveted by a god. Tempted by a slave. In Grace Draven’s MASTER OF CROWS, a renegade mage must battle a god for his soul and decide if his fate—and the fate of nations—is worth the life of the spy he has come to love.

Experience sword, sorcery, and mythical beings as never before in STONE GUARDIAN, the first book of the Entwined Realms by Danielle Monsch. Larissa’s sheltered world is destroyed when she is targeted by Necromancers. With nowhere else to turn, Larissa forms an uneasy alliance with Terak, leader of the Gargoyles. Will Terak be Larissa’s salvation, or her downfall?
Sometimes love is the most dangerous magic of all.

In HEART OF FIRE by Kristen Painter, Jessalyne leaves a sheltered life to tame her dangerous magic by becoming apprentice to a powerful sorceress, but she’ll need the deadliest man in the realm to get her there safely. If they don’t kill each other first.

Be swept away in KISMET’S KISS by Cate Rowan. In the desert realm of Kad, a deadly epidemic strikes the palace of Sultan Kuramos. Only a mystical healer from an enemy land may have the skill to save his household. But he never imagined that healer would be a woman.

Hidden at the crossroads of the world, an ancient race battles to protect humanity, even as it dies from within. Ava comes to modern day Istanbul in THE SCRIBE, the first book in the Irin Chronicles by Elizabeth Hunter. One woman searching for answers finds a reluctant guardian in a warrior whose magic is written on his skin. But does Ava have magic of her own? 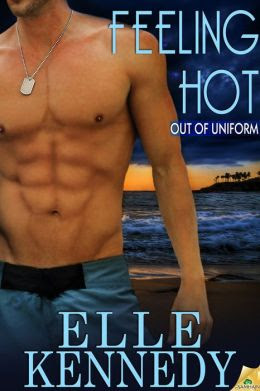 
In tight quarters, anything can happen.

An Out of Uniform Story

It’s been a rough month for Navy SEAL Cash McCoy. Fresh off six months of celibacy during his deployment, he almost got into a hot blonde’s panties before they were interrupted. Since then, he still hasn’t gotten laid. The reason? He lost her number. And no other woman has replaced her face in his fantasies.

Then his CO asks him to keep an eye on his sister for a few weeks. Just until her psycho stalker ex is transferred. Cash’s new houseguest is none other than the same gorgeous, quirky blonde. And just his luck—his orders include an emphatic hands off.

Jen Scott is having none of it. Now that she has a second chance, she’s not letting Cash slip away. Orders be damned, he’s the one man capable of helping her explore her sexuality. She’s even willing to break her own rule—never date military men—to get the gorgeous SEAL into her bed.

Except Cash makes it clear he wants more than she bargained for. Much more. Not just her body, but the one thing she promised herself she’d never give to a man in uniform. Her heart.

To buy the paperback version directly from the publisher, go here: http://store.samhainpublishing.com/feeling-hot-p-72906.html
Posted by Cassandra at 12:00 AM