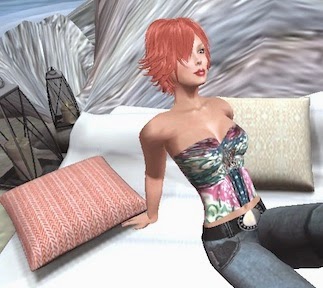 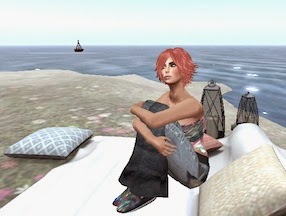 No, I didn't get a shiny new computer, a friend brought over her laptop so I could go into SL (Second Life) for myself and "walk" around and pay on my booth (which she has been keeping up with rental payments for me and keeping it updated too) at Awen island.

I have to admit, it felt really weird. I couldn't remember the simplest things and it was like relearning it all from practically scratch, since so much had changed, even down to the controls and how to navigate.

I guess considering the last time I was in SL under my own steam was something like 2011 or 2012, it stands to reason. Nothing stays the same for very long and when you're talking computer technology or anything related to computers,  make that quadruply so. She helped me take a few pics of my avatar for posting. Within about fifteen minutes of being in SL, her laptop started to overheat and we had to use her laptop case's built in fan. After an hour, the machine was so hot nothing helped so we shut down. But the main thing I got to accomplish were the new additions to my booth in Awen, pictured below: 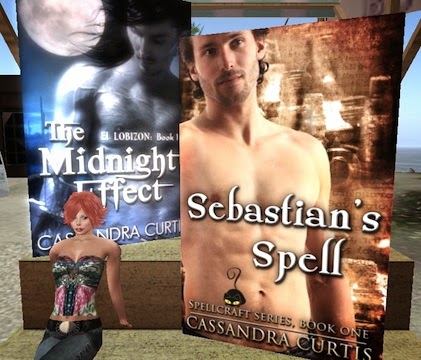 Pretty nifty, huh? I wish SL didn't melt computers. Because I remember what I loved about being in virtual worlds and that's the neat graphics and the odd feeling like its you really walking around and interacting with stuff and your creativity kinda soars as a by product, or at least mine did.

But until they make a computer that doesn't get fried by SL, I guess quick in and out trips on her laptop when she comes to visit are about it.

The other thing I haven't kept up with (but still thought I knew what I was doing -- of course) is the little program I used to use when I needed to "block" scenes in my story outline.  The program evolved into something else or got bought out by someone else and I sorta stopped using it and actually thought I'd switch to Scrivener since that's what the majority of my friends who write, use. 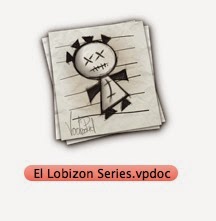 But I simply couldn't get comfortable with it like I once was with my little program (for the Mac) VooDoo Pad. Somewhere in between I decided to kick it old school and went waaay back—to index cards and pens and even—gasp!—binders! It got to be a real hassle, especially since I'm the queen of paper scrap notes. Maybe being in SL today reawakened a part of my brain that remembered there are some things computers do well and one of them is organization and note keeping, so I went online and found the latest full version of VooDoo Pad that my ancient computer could still run and installed it.

Will this keep me on track now? Yes. I think so. Or at least I believe it to be so. If anything in this world can. lol Ahh I know me too well.